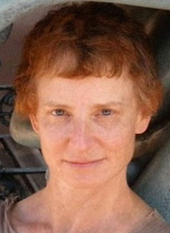 Zen In a Napkin: How Oryoki Kicked My Ass - This article was originally posted on Carmen’s blog www.bicyclebuddha.org and subsequently in The Upaya newsletter of 28Dec 2011. It is republished here by kind permission of Carmen.

Carmen has been a resident of Upaya since August 2011.
The following article, about her experience during Upaya's Rohatsu sesshin, was originally posted on Carmen's blog, Bicycle Buddha.

Back to front page