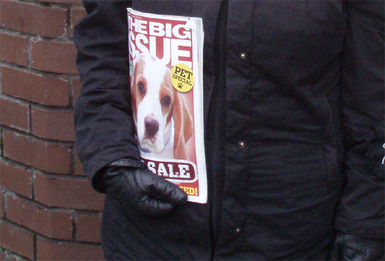 2013 has been an important year for Dancing Mountains.  Not only have we organised our first large, week long retreat with our teacher Reb Anderson Roshi, we have also completed the paper work to formally incorporate as a Community Interest Company and endorsed this at our Annual General Meeting. 2014 promises to be another big year as we are now beginning to have more teachers who are available and willing to lead retreats and practice periods, including Ingen Breen who will be in Hebden Bridge for three months during the spring to support the sangha.

We have titled this newsletter Social Action and have received articles on homelessness, a powerful theme this time of year as temperatures drop below freezing.  It seems appropriate for Buddhists who practise in a tradition that has been passed on for thousands of years by intentionally homeless monks to embrace this issue. Can we now live the teachings of these wise teachers while remaining in our homes, taking care of our responsibilities as members of families and society and still reach out to those who live on the streets and others? Please take the time to consider the offerings presented in this newsletter and ask yourself, "what is an appropriate response?".

Dear Friends and Fellow Followers of the Way,

After a few hiccups we finalized a plan for the Halloween Sesshin at Hebden Bridge. It was a real joy to be on... Read more

The start of our new tenancy in Hope House was initiated with a 5 day retreat, led by Ingen Breen, who has been actively encouraging and supporting our practice here i... Read more

Homelessness - Voicing Our Great Shame With Love For The Invisible Ones

Our Dancing Mountains Board meets regularly by skype and as often as we can face to face to practice together. We have submitted all our official documents and await i... Read more

I can walk past people living on the street and tell myself "giving money might just feed a drug habit", "I'll give something to a homeless charity", "they don't want ... Read more

Are you willing to be homeless?

Spending time reflecting and opening to the reality of homelessness, threads have appeared & somehow woven themselves in my mind.
Listening to Steve Stucky&rs... Read more

On looking at a wall in Hope House

‘Thanks so much for coming at short notice’
said a disciple to Avalokisheshvara Boddhisattva,  as she
unpacked some things.
&lsq... Read more

What are you doing?

‘What are you doing?’  Buddha asked Jesus as he was dying on the cross.
‘I tried taking the blame.’ He replied, but it didn’t g... Read more

We have a number of sangha members either considering sewing robes for ordination or are currently in the process of doing so.  If you would like support in mak... Read more


Homelessness - Voicing Our Great Shame With Love For The Invisible Ones


Are you willing to be homeless?


On looking at a wall in Hope House


What are you doing?

A weekend of Zen in Somerset

A weekend of support for local group facilitators

7 days of practice with Ingen Breen

A one day practice with the Brighton Sangha